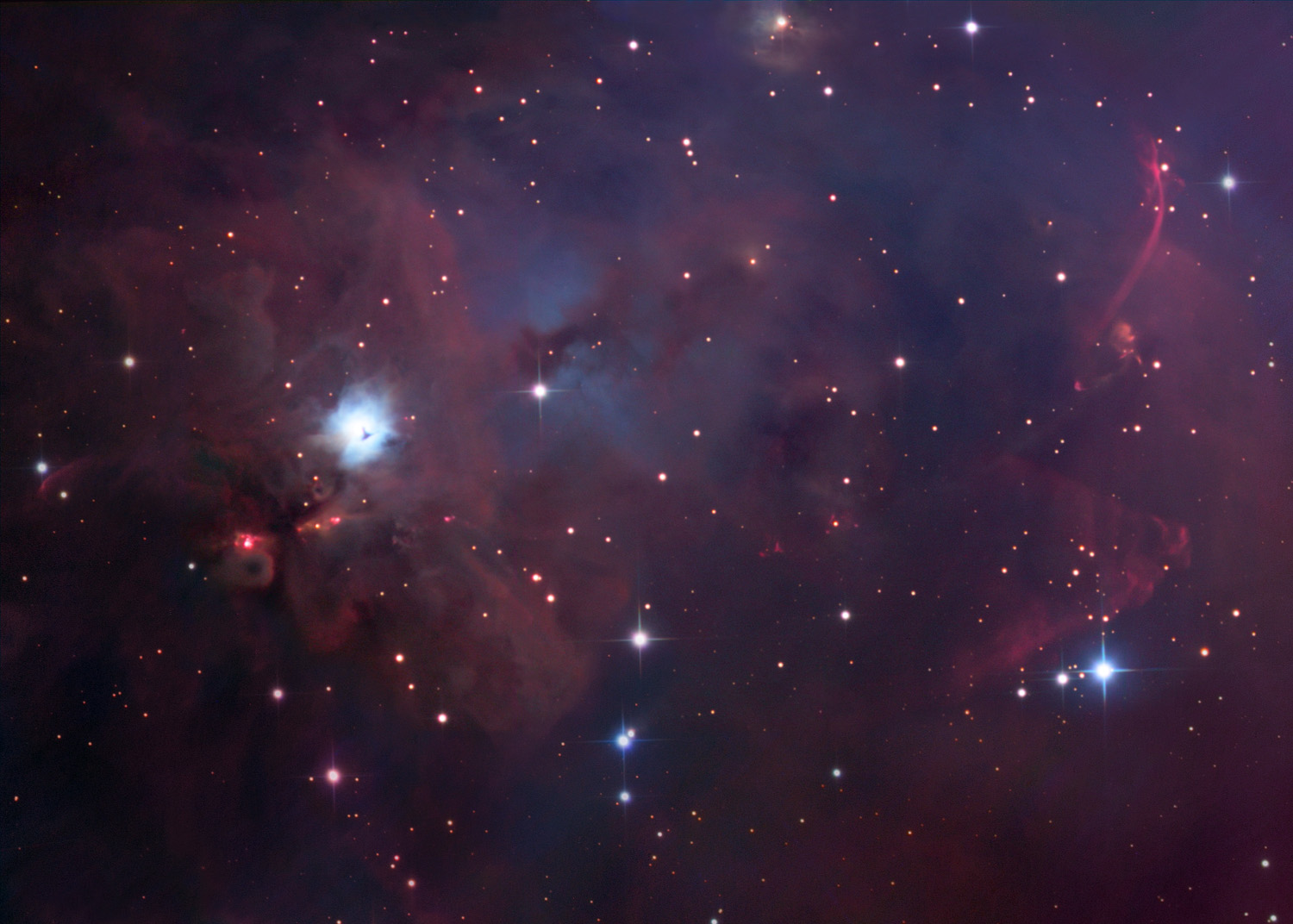 South of the large star-forming region known as the Orion Nebula, lies bright blue reflection nebula NGC 1999. The nebula is marked with a dark inverted T-shape at the lower left in a broad cosmic vista that spans over 10 light-years. The dark shape is a dense gas and dust cloud, or Bok globule, seen in silhouette against the bright nebula, and likely a site of future star formation. At the edge of the Orion molecular cloud complex some 1,500 light-years distant, NGC 1999's illumination is provided by the embedded variable star V380 Orionis. The region abounds with energetic young stars producing jets and outflows that create luminous shock waves, including HH (Herbig-Haro) 1 and 2 just below and left of NGC 1999, and the apparent cascade of reddish arcs and bow shocks beginning at the upper right. The stellar jets and outflows push through the surrounding material at speeds of hundreds of kilometers per second.